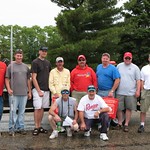 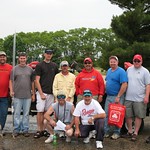 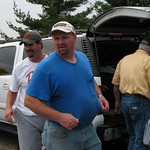 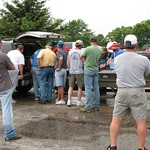 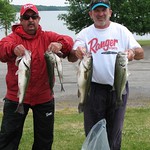 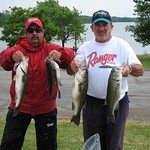 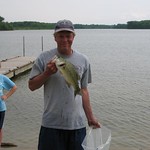 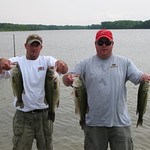 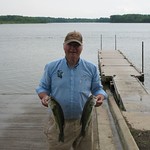 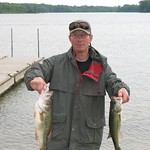 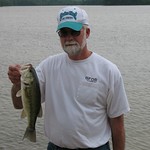 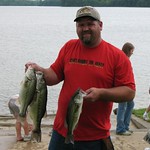 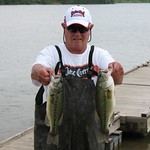 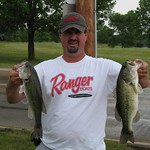 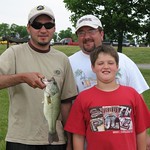 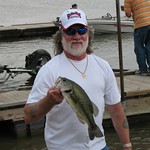 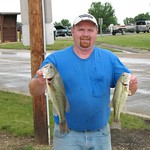 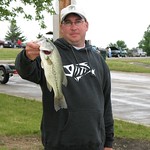 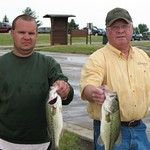 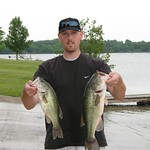 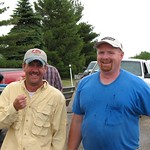 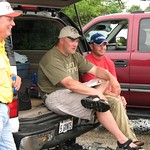 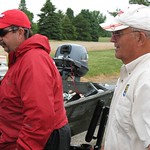 Blake and Brown Back in the Saddle

The Strike King Ever-Bloom Tournament Trail had an unusual day at Lake Evergreen...temps were warm and no or little wind, May 26th at the second event of the 2007 campaign. Showers persisted in the early am but cleared off to temps in the high 70's with overcast conditions. Scouting reports from anglers who pre-fished were mixed but most anglers felt like it would be a banner event. The bass were in three stages, pre-spawn, spawn and post spawn. Terry Brown and Mike Blake won the event with 5 bass weighing 16.26 lbs and a big fish of 4.76 caught their fish fishing Gene Larew Mega-Ring Tubes and Strike King Spinner baits in water from 8" to 5 foot of water near spawning areas and on points. They had their limit by 10 am. They took home $660.00 for their efforts. "It took an act of God to get some of our bass in the boat and its nice to get back in the saddle again. These are some tough hombres that fish this trail and its tough to win. Seems like we have had opportunities in the past but never capitalized on them.....its nice to get the win" noted Brown. Vicious Heavyweight leaders Jamie Maisenbacher and Guido Didanato captured second place with 4 bass weighing 13.50 lbs. All 4 fish were caught on 3/8 oz JD Lures spinnerbaits that were customized with some blade changes Friday night. Both were using the 15# green Vicious line - that's the baddest 15# green line in town! Every keeper we had was yanked, drug and horsed through some of the nastiest stuff Lake Evergreen has to offer. In third place with 8.55 lbs and big bass of the event of 4.99 were Tim Fauth and Scott Anderson. They too caught their bass super shallow and fished a Strike King and Homemade jig and a Zoom fluke for their 3 bass. Tom Cassell and Dominic Theison came in 4th place with 8.42 lbs. They had a big bass of 4.35 lbs. Our thoughts go out to Brian McDaniel who broke his clavicle in a 4-wheeler accident the night before the event. Get well Brian and get back on the tournament trail. Our next event is at Lake Doomington June 16th. We look forward to seeing you there.