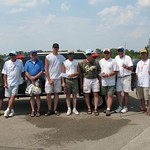 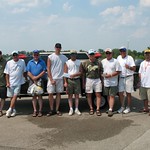 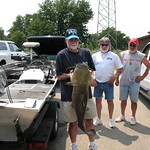 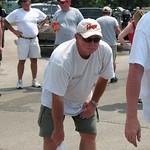 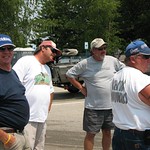 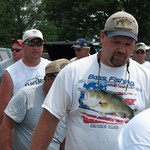 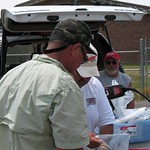 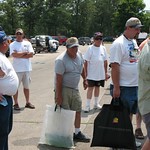 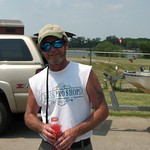 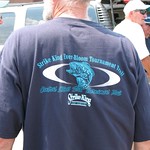 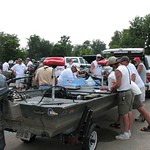 The 4th stop on the road to the Strike King EverBloom Classic was held June 16 at Lake Bloomington. For the last 2 years fishing at Lake Bloomington has been tough but this event proved there was indeed bass in Lake Bloomington. 51 bass weighing a respectable 117.6 lbs were brought to the scales for a 2.3 lb average bass. Wiley veteran anglers Dave Norris and Greg Bayles won the event with a limit of bass weighing 13.83 lbs followed closely by Larry Russell and Randy Ferguson who also had a limit weighing 12.76 lbs. Josh and Loren Peters took home third place with a limit weighing 11.57 lbs. They took home two Setyr Flipping sticks for their efforts. Fourth place with 4 bass weighing 8.96 lbs was Scott Anderson and Tim Fauth. AJ and Jack Menssen took 5th with 3 weighing 7.76 lbs. They received the Strike King Top to Bottom package. Vicious Fishing Heavyweight leaders are still Jamie Maisenbacher and Guido Didanato with 24.52 lbs. Larry Russell and Randy Ferguson are second at 21.02 and Terry Brown and Mike Blake are third at 20.74 and Dave Norris and Greg Bayles are third at 20.46 lbs. This is going to be a super tight race. Winner gets a trip to the BassFan Army Weekend Warrior Championship in April. The next stop will be this weekend at Lake Evergreen. (June 30)