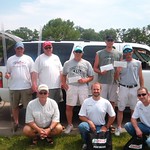 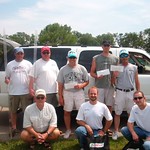 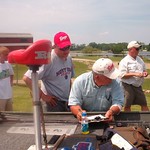 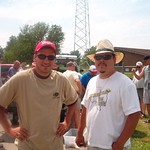 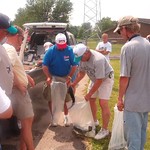 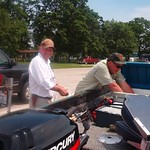 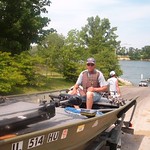 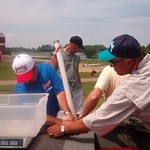 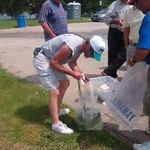 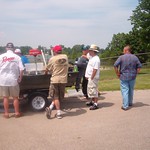 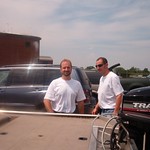 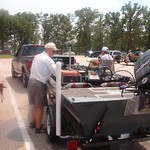 Stop 3 on the Strike King Ever-Bloom Tournament trail was on Lake Bloomington May 27. Unbelievably great weather greeted 18 teams but no one told the bass they should be biting. Fish were in pre-spawn, spawn and post spawn and the bite was super tough. Only 12 keepers were brought to the scales but the cream indeed rose to the top again. Tim Fauth and Scott Anderson, the winners of stop 2 at Evergreen won the event at Bloomington as well with 3 bass weighing 8.42 lbs. They also had a Mossy Oak Big Bass of 3.75 lbs. Fauth and Anderson are leading the Terminator Heavyweight standings with over 30 lbs of bass after 3 tournaments.They runned and gunned all day throwing Zoom flukes and jigs and won by nearly 3 lbs over Larry Russell and Ron Bristow who weighed 2 bass at 5.60 lbs. Jamie Maisenbacher and Guido Didonato were in third and won two Setyr Spinning Rods as Setyr Rods first out of the money winners. They weighed two bass at 3.82 lbs. They are starting a collection of Setyr Rods!!! Winning the Strike King Top to Bottom bags was Nick Cira and James Hurt with one bass at 3.57 lbs. They also received the "best shirts" of the tournament award. Great job guys. The next event is Saturday June 3rd at Evergreen and it will be run in conjunction with Comlara Lake Fest Events planned for that day. Make sure you wear sponsor clothing this week as we are expecting a good crowd at the weigh-in. Note: Remember you must fish 4 events to make the Classic and we only have 4 events remaining.