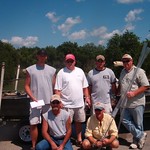 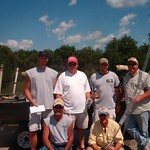 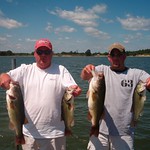 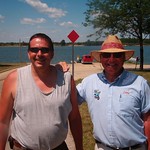 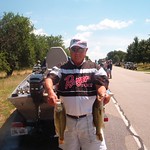 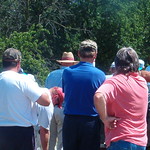 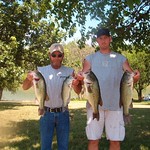 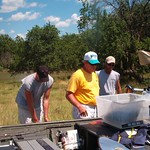 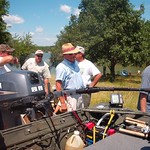 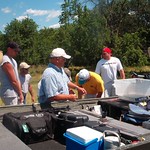 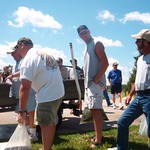 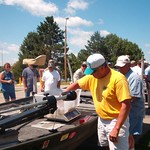 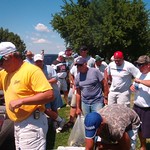 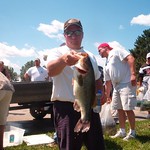 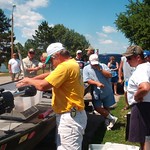 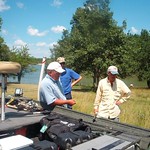 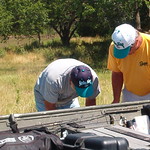 Maisenbacher and Didonato Win at Evergreen

Two guys with names that sound like a Chicago law firm won the July 22nd Strike King Ever-Bloom Tournament trail event on Evergreen Lake with 5 fish that weighed 16.77 lbs. They also had another monster bass of 6.19 lbs to take Mossy Oak Big Bass as well. If that big bass holds they will be receiving a years sponsorship from Mossy Oak. Great job again Jamie and Guido! They caught their fish shallow on a Zoom Brushhog. In second and by the way leading the Terminator Heavy Weight of the Year were Tim Fauth and Scott Anderson. They weighed 5 bass at 15.96 lbs and had a 6 lber in their bag. They flipped, pitched and cast jigs for their limit. Fauth and Anderson are leading the Terminator Heavy Weight of the Year with 56.68 lbs. They are followed closely by Fred Myers and Ken Peterson. Myers and Peterson had 3rd place at this event with 5 fish that weighed 14.16 lbs. They won two premium Setyr Rods for the first out of the money. Myers and Peterson have 54.97 lbs and with only one event remaining are 1.71 lbs from the leaders. It looks like the last event at Lake "Dead"ington will be a slugfest between 4-5 teams for that award. Terminator is giving away a clothing package for the winners!! Rounding out the top 4 were Brandon Orr and Aaron Davitt with 11.36 lbs and they received the Strike King Top to Bottom Package. Twenty boats weighed 40 bass at 125.55 lbs for a 3.13 lb average. Our next event is at Lake "Doom"ington August 19th. We look forward to seeing you there.